One hope never to be needing it, but just in case:...

A simple but effective way to treat burns with the help of egg white.
This method is used in the training of firemen.
簡單有效的處理燙傷治療中要利用“蛋白”，這是消防人員培訓中用到的方法

When sustaining a burn, regardless the degree, the first aid is always
placing the injured part under running cold water till the heat
subsides. And next spread the egg white over the injury.

And during the next hour layer upon layer, she administered a white
layer on her hand. That afternoon she didn't feel any more pain and
the next day there hardly was a red mark to see. She thought she would
have an awful scar but to her astonishment after ten days there was no
sign of the burn, the skin had it's normal colour again!

The burned area had been totally regenerated thanks to the collagen,
in reality a placenta full of vitamins.
感謝膠原蛋白富有的胎盤素和維生素使患處得以完全重生。

This advice can be useful for everyone. Please circulate it to our
friends and relatives
以上資訊對大家都有用，請轉告您的親朋好友。 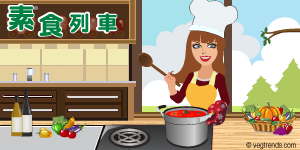